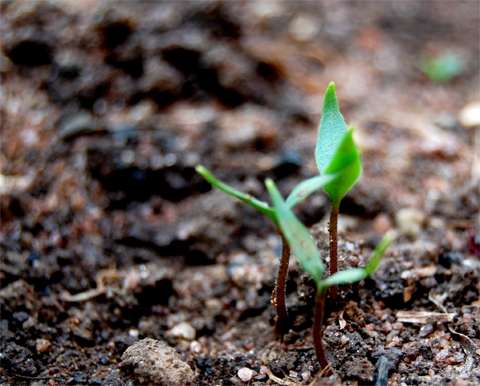 Past and Present Reunite

I could hear her crying and screaming in pain as I entered the ER for my evening shift. The door to her room was closed but the bone-chilling cries echoed out beneath the wooden door and filled the airspace of the nursing station. I inquired about her. “She got here almost an hour ago and we cannot seem to get a handle on her pain…” I looked at the board to see her name—I knew her… My heart raced and I felt a lump gather in my throat…I hadn’t seen her for almost 9 years now. My mind sped back to the time that our paths had crossed.

I was doing home health nursing then and she was a teenager with a newly diagnosed sarcoma. I was to care for her while she received treatments. I was in her home several times a week for a several months. We bonded and I cared about her. She knew my daughter. I wanted her to live…I prayed for her day and night. She was tough…strong and determined. She had spirit and spunk far beyond her years…I wanted to take care of her. Her case brought out the best in me, but also that part of me that wanted to take over and do it all. I struggled with my sense of ego and pride…I struggled to not let her into my heart. It was a losing battle.

Life changed for me and I took another job. I left her in the hands of my co-workers and I cried for days…I battled with the feelings that I had abandoned her.  I had crossed the line with her. I knew that my feelings for her were deeper than they should have been. I took on more of her care than I should have, or at least more than was professional. When I left it broke my heart. I did not know that it broke hers too.

I was pulled back to the present by the day nurse wanting to give me report. I would be getting this girl that so long ago claimed a piece of my heart. I listened to the report and then went in to meet with her. As I opened the door the crying and begging for pain relief hit me in the heart. I looked at her and saw a grown woman whose pale face was contorted in pain. Tears soaked her face as she twisted and writhed on the stretcher. “Please help me, I can’t stand this pain any longer…” I left the room, went to the orders and saw she could have another dose of Dilaudid now…I retrieved it from the med room and quickly returned to her.

As I sat on the stool next to her bed and injected the pain medicine I prayed for relief for her. Her mother sat close by holding her hand. I introduced myself as I cared for her…she looked at me and started a fresh tirade of tears… “Oh my god, is it really you Bobbi?”

“Yes it is” I replied with a smile.

She reached across the stretcher and put her arms around my neck and pulled me close as she cried into my neck. We stayed like this for several moments. I let myself feel the heart-wrenching feelings that I had let go so long ago. “I think of you so often,” she said between sobs. “You were the best nurse I have ever had…I measure everyone next to you.” I smiled and let the compliment enter my heart. “I missed you terribly when you left,” she said. I told her that I had missed her as well and so often had prayed for her. I told her that I watched her in the newspaper and from afar at school…I told her that she was one of those patients that never left my heart.

I managed to get her pain under control with meds, hand massage and presence…and we enjoyed catching up with one another. She was admitted and I went home. As I thought about the encounter I realized that as a young nurse I tried so hard not to let anyone into my heart for fear of being unprofessional. I knew she had entered my heart deeply and it scared me. I always thought of her, prayed for her and worried for her, and struggled with the feelings that I had abandoned her.

As I let myself feel the rush of emotions that occurred when we reunited I realized that I was wrong all those years ago. It wasn’t the fear of being unprofessional; it was the fear of not being able to help her that kept me bound…

Jean Watson’s theory of human caring talks about caring moments and allowing our hearts as nurses to be present with our patient’s heart. I did not realize what was occurring way back then BUT I do know the power of presence now. Being present with this patient gave her and I both healing that night in the ER. Allowing myself to care for her all those years ago touched her and in return in touched me. As we reunited and told one another the power and effect the other had on our lives…healing happened. Watson’s theory came alive for me that night in the ER and I will never be the same.