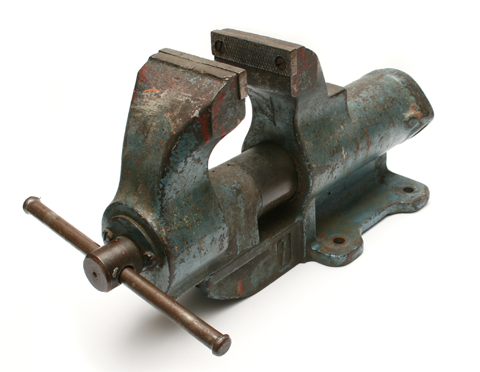 If You Squeeze Them One More Time, I May Hurt You.

Men basically have two things to worry about: erectile dysfunction and the prospect of prostrate cancer. Big deal. But most men don’t know what it takes to be a woman because they’ve never walked our mile. Permit me to elaborate: wearing a clumsy pad or a tampon that was pushed up too far while our 30+-year period continues to flow; achieving pregnancy with bipolar-ish hormones run through our veins; using itchy make-up, because it was the best buy, that was not tested on animals; losing our diaphragms somewhere, somehow, inside our bodies; experiencing the annual pap smear that will tell you if uterine cancer is in the cards; and, my personal favorite, getting a mammogram, especially after my stroke.

A mammogram is a bitch. Millions of women, including me, have to get a mammogram every year to detect, primarily, cancer and other breast disorders.

A mammography exam is a type of imaging that uses an x-ray, the low-dose type, to examine the breasts, called a mammogram, which is used to aid in the early detection and diagnosis of breast diseases in women. Other machines exist to capture the breasts’ images, but an x-ray is the most popular. If the doctor suspects a problem, you might use another method of scanning the breasts, like an ultrasound.

Mammography plays a central part in early detection of breast cancers because it can show changes in the breast up to two years before a patient or physician can detect lumps. Currently, many associations, like the American Cancer Society, the American Medical Association, the U.S. Department of Health and Human Services, and the American College of Radiology, recommend a mammography annually, starting at age 40, when women are most likely to receive the best form of treatment if any cancer is seen. Women who have had breast cancer at a younger age, or who have breast cancer in their genetic history, could have a mammogram sooner than 40, according to the National Cancer Institute.

Here’s where the rules come in.

–Your mammogram should not be given the week before your period, if you’re regular or not, when your breasts are sensitive. –If you suspect pregnancy, tell your doctor or x-ray technologist because your breasts may be too tender to handle.

–If the screening place is a new one, gather prior mammograms and make them available to the radiologist. If your screenings are done in the same place, the radiologists should have them there. Asking doesn’t hurt.

–Wearing deodorant, lotion, or powder on the day of your mammogram could show up as calcium spots, not a good thing, so risk smelling foul for one day.

–If you don’t hear from your doctor or the mammography site, don’t assume the best. Call after one week. Possibly, and likely, someone screwed up in informing you.

In the mammography process, a technologist will put your breasts, one at a time, on a platform, compressing them with a paddle, commonly made of clear Plexiglas. Compression is necessary to put the breasts flat, to spread out the breast tissues to scan as much of the breasts as possible, and to hold the breasts still while holding your breath to not make the pictures a good waste of time.

Breast implants can also make mammograms difficult to read because both silicone and saline implants are not transparent on x-rays. But trained technologists and radiologists know how to compress the breasts to make the view successful without rupturing the implant. (Squish? Just sayin’). Also, a small portion of mammograms show that cancer exists when it is really not there, known as a false-positive result.

The mammography is performed on an outpatient basis and it’s a 30-minute process, tops.

In my case, having a stroke didn’t have much to do with my mammogram except for one thing: my one breast hung down lower than the other because of my sub-luxed shoulder which happened from the stroke. In layman’s terms, the shoulder muscle was detached from what used to be the ball and socket configuration. So the scan was harder to accomplish. The customary views are right breast, top to bottom, and an angled view, and the same with the left breast. Though the technologist had a routine by always starting with the right best, she did the opposite.

Is there a phrase that’s stronger than “shut up?” F*%! you, maybe? I didn’t know how to deal with this “Chatty Cathy,” but I started to count. Counting always calms me.

The technologist squeezed my breasts with the compression paddle on each of the four views, and then walked behind a wall while each picture was being taken, not wanting to expose herself to radiation. I used all my restraint to avoid the obvious ouch, ooow, and a few choice words, saved for occasions like this one.

I was hurting after the mammogram, while the technologist spoke again after she was finished.

That’s the second time she said that she usually started with the right. And the worst? For last? The technologist didn’t know when enough was enough.

I was all finished dressing myself when the technologist returned and said the pictures were fine.

“I see you’ve dressed yourself before you knew whether I’d have to re-take one of the images. You must be in a hurry to leave.”

I was going to say something, but in the scheme of things, fighting the really tough battles, this wasn’t one of them. I only smiled. And I’m proud of myself. For once, I knew when to shut my mouth, not to say something I would regret later. But if I had to repeat the scan, I wouldn’t know what I’d do. Jab her with my cane? Maybe. But everybody forgives a stroke survivor. Heh, heh.

About two weeks later, I received a letter from the place that did my mammogram. It said, once again, that my mammogram was normal which made me happy, until next year when I’d go through “the squeeze” again. Sigh.