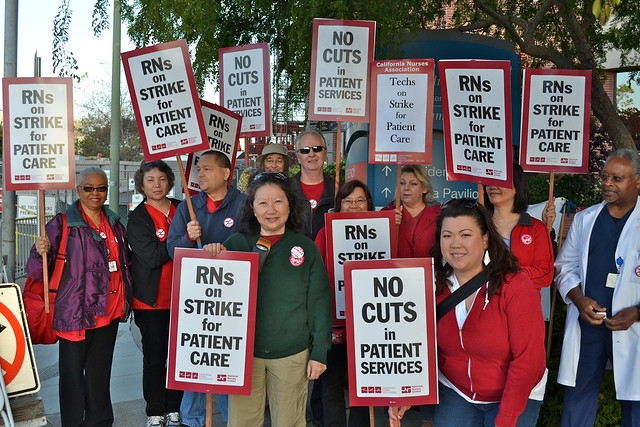 Registered nurses across the country mourn the loss of life marked by the shooting of innocents in Connecticut. This should be a clear wake up call for the White House, Congress, and state and local legislators to take action to address causes of the violence, including restoring the devastating cuts that have occurred to mental health services across the U.S.

Every day a massive tragedy is being played out on a smaller scale everyday in emergency rooms, in mental health facilities, and on the streets across our country, where, with sometimes devastating consequences, mental health is underfunded to a shocking, and sometimes deadly degree.

Members of National Nurses United, the nation’s largest organization of nurses, say it is time to act with both short term and long term responses. It is incumbent on all of us to:

Evidence is in on the mental health crisis

Budget cuts for safety net programs and fundamental care services, from schools to health facilities, have a crucial impact on communities. In 2011, the National Alliance on Mental Illness, NAMI, released a report documenting deep cuts to mental health services that led to significant reductions in both hospital and community services for vulnerable individuals with serious mental illness.

Across the country, as noted in this AlterNet commentary, states cut some $4.35 billion in public mental health spending  from 2009 to 2012, according to the National Association of State Mental Health Program Directors – the most massive cut in funding since de-institutionalization in the 1960s and ’70s. More than $840 million of that occurred in 31 states in 2012 alone.

In Connecticut, NAMI has reported, public mental health system currently provides coverage for less than one in five Connecticut residents with a serious mental health problem. The other four may not be able to afford to pay for those services on their own, particularly since mental health issues tend to disproportionately affect poor people.

A 2010 National Institute for Mental Health study asserted that one in every three to four children suffers from a mental disorder and that about one in ten has a serious emotional disturbance, with few affected youth receiving adequate mental health care. It emphasized that common mental disorders among adults first emerge in childhood and adolescence further stressing the need for early intervention and prevention.

The National Health Council for Community Behavioral Healthcare reports that 60 percent of juvenile detention inmates have at least one mental disorder. Although home and community based services are more cost effective than warehousing youth in the juvenile justice system while they await treatment, the Council notes that these home and community services are “inadequately supported.”

While there is a national focus, rightly so, on the tragedy in Newtown today millions of people and their families in our country continue to suffer from mental illness and post traumatic stress from domestic and sexual violence who do not receive support or counseling.

These millions are the hidden face of mental trauma in the U.S., and the disgrace of a health care industry in particular that is focused on short term profit rather than therapeutic healing. Nurses will continue to advocate for the support and early intervention patients and all Americans deserve.

NNU nurses have been speaking out the mental health crisis for a long time.

“My first reaction when I heard the news was that he sounded like someone with an untreated mental illness,” said Adelena Marshall, RN who has worked in the mental health unit of the Chicago Veteran Affairs Hospital for the last 20 years and has become the voice of veterans and the expert on mental health matters at the VA.

Last May, Chicago VA RNs with the support NNU had to threaten to hold an informational picket with the Iraq Veterans against the War (IVAW) to decry the appalling staffing conditions on the mental health unit. A couple of weeks later, 20 positions were posted.

“Nurses are on the front line of this issue and need to be part of the policy conversation,” said Michigan RN Jeanette Hokett who works in a 14-bed child and adolescent psychiatric inpatient unit. “They spend the most time at the bedside with the patients and families, and offer a perspective others, such as doctors, don’t have.”

Earlier this year, nurses concerns about access to mental health prompted NNU to convene a roundtable on mental health.  “Often, the emergency room is where desperate people end up,” said one participant, Diane Fagan, a Kaiser Permanente ER RN in Oakland, Ca. “In the eight years I have worked there, I have seen more and more untreated mental health patients coming into the emergency department and spending long hours waiting to see a psychiatrist because so many of our outpatient services have closed.”

Michigan RN Jeanette Hokett works in a 14-bed child and adolescent psychiatric inpatient unit at the University of Michigan Health System. She hears frustration from patients and families on a daily basis.

“There’s not enough for these families to get the support they need,” said Hokett. “I have seen patients come in sicker and stay shorter times. There are no beds. We have waiting lists for people who are trying to get a patient into our facility. While they wait, health care staff works with families to come up with a safe plan for them at home. It may mean a parent has to remove sharp knives from the house and sit with the child 24 hours until a bed becomes available.

“The reality is there are not enough treatment options and they are not always available for families because of financial constraints. If there was better access to mental health care, we would be able to improve the outcome for these patients and improve their lives,” she said.

Ultimately effectively challenging the mental health crisis is an integral part of solving our overall, ongoing healthcare emergency in the U.S. 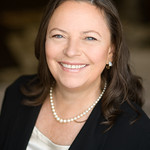