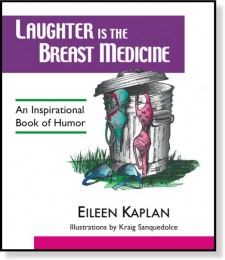 Workin’ 9 to 9. Fun with Eileen. Depression.

Well, that’s really the sound of the nurses in Massachusetts working harder and faster—but not if the state legislature has anything to do with it.

Casey and Shayne visit with Massachusetts Nurses Association President RN Donna Kelly Williams about the Massachusetts State Legislature House & Senate versions of a health reform bill that would ban mandatory overtime. Donna and her street gang of nurses have literally been on the state house steps to support their efforts. Some may be asking…”Why should I care about this?” You don’t want a tired nurse—now do you?

Also on the show this week is author/humorist and cancer survivor, Eileen Kaplan who wrote a book called Laughter is the Breast Medicine. Eileen is now a speaker and cancer awareness advocate. She shares her journey about surviving breast cancer, and dealing with its aftermath. Eileen is just one of those NATURALLY funny people…who really knows how to make laughter out of lemons! Check our her website.

And an email question—about a beloved sister—initiates a conversation about “family depression.”

And from the Producers “Humor Desk”—hmmm, comes a little Joke from our friends at the Journal of Nursing Jocularity’s. Stand by…PADDLES!

That’s No Name For A Hunting Dog!
Phil had no time to train a hunting dog, so he called Joe’s Rent-A-Dog. “I want one that will obey every order, anticipate every need, work until the job is finished, be gentle, not stop to rest or eat…an expert that enjoys work in the field.”
Joe answered right away. “Her name is Nurse – just like you want. But she costs $100 a day.”
Phil took Nurse out to the woods, and he was satisfied. She was just right.
A year later, he requested her again. Now she was twice as much – $200. But he took her again and was just as happy with her performance. In fact, he hired her every year, even though the price kept rising $100 a year. She was a good dog.
On the sixth year, Phil called again. “Is she gonna be $600 this year?”
“No,” said Joe, “Just $10.”
“Nurse?! How can that be? What happened, Joe?”
“Oh, this guy had her out one day and the jerk forgot her name, called her Doctor. Now all she does is sit on her tail and bark orders!”

Don’t blame us! Blame our friends from the Journal of Nursing Jocularity!!!

You can listen and laugh every week on Saturdays at 11 am in the Boston area on station WWZN 1510AM or live stream at www.revolutionboston.com and in the San Francisco Bay area on KNEW 960AM or live stream at www.960knew.com. Thursdays at 7pm Eastern on RadioOrNot.com. Check out the iHeartRadio app for free and live custom radio. You can also download and listen to any show anytime here at NurseTalkSite.com or on iTunes. Like us on Facebook, and you can listen there too.

Up next week…Robin Hood activists Look to Make Fairy Tale a Reality…ABC News reports “Robin Hood, the fictional outlaw famous for stealing from the rich to give to the poor, has emerged as the face of a new tax movement, one that calls for a 50 cent sales tax on every $100 traded on Wall Street…” Proponents say, “We are taking back from the wealthy what they have taken from our communities,” said Matt Kavanagh, the director of U.S. advocacy at Health Gap, an AIDS-prevention group that is part of the coalition of progressive groups pushing for the Robin Hood tax.” Robinhoodtax.org