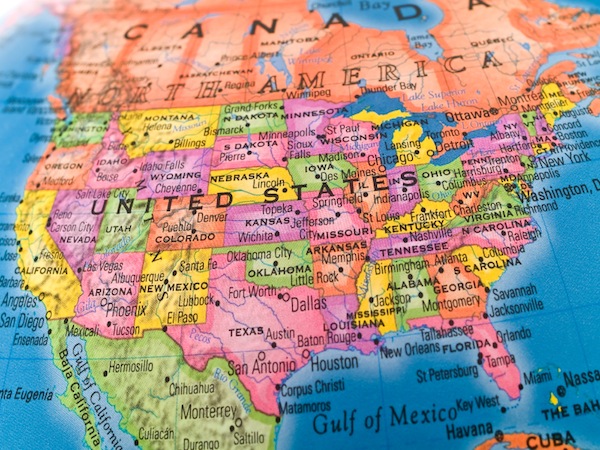 A new study suggests that where you live greatly influences your “healthy life expectancy” (HLE), a term used to describe not only how long people live, but how healthily they live. It estimates how long a person can be expected to live in good health at a given age.

It seems that Hawaiian women have the highest HLE out of any group surveyed; 65 year-old women who live on the islands can expect to live another 17 years.

Mississippi did not fare as well: the average HLE of a 65 year-old living in the Magnolia State is 11 years. Black Mississippians have a HLE of eight years, lower than anywhere else except Iowa, where HLE for black people is seven years.

HLE studies are useful in highlighting trends, inequalities and health disparities. The study published inMorbidity and Mortality Weekly Report differs from previous studies because while there have been many studies measuring healthy life expectancies of countries, few studies have analyzed the HLE of the individual states of the United States.

The study found that HLE was lowest in the South. States that had the highest average HLE include Washington, Oregon, Utah, Colorado, Arizona, South Dakota, Minnesota, Florida, and many states in the Northeast.

The study’s authors don’t try to explain the differences between states, the sexes or races. What the study does suggest, though, is that health policy makers nationwide are going to start having to pay more attention to the health of populations as the Affordable Care Act starts to roll out new provisions in the coming years. The study is also important in that it identifies health inequalities and provides a baseline for states to monitor changes.

The study’s authors note that HLE is influenced by a variety of factors in the respective regions. Some of these factors may include access to care for the right patients at the right times, compliance with preventive health screening tests and vaccinations, and socioeconomic influences affecting physical fitness levels and smoking cessation. Each of these factors can be broken down further to understand how they are directly or indirectly correlated to HLE in regions throughout the United States.

Access to care at the right place at the right time: Access to comprehensive, quality healthcare services improves patient health outcomes. A strong primary care system, in which people can catch health problems before they develop into serious medical conditions, can influence a person’s health significantly. Having access to a coordinated health team can help prevent disease, early detection of conditions and improved management of chronic illnesses. Limited access to healthcare services impacts people’s ability to reach their full health potential, negatively affecting their quality of life. Some barriers to access include high cost of services and lack of insurance coverage. Without a strong community primary care system, patients can may access care at costly emergency departments for less acute conditions leading to poor care management.

Following preventive health schedules: According the Centers for Disease Control and Prevention (CDC), the most cost effective way to reduce illness and death in populations is through immunizations. Areas with low preventive screening and vaccination rates may have lower a lower HLE. Barriers to these poor compliance rates may include lack of:

Social determinants: Social determinants of health are factors that have been proven to greatly affect health outcomes. Access to education and jobs, socioeconomic status, transportation options, racial discrimination, residential segregation and access to resources such as safe housing and local food markets are just some of many social determinants that influence a person’s overall health.

What do you think influences a person’s or a population’s healthy life expectancy?