News flash: The runner’s high is not just for runners. When you perform high-intensity exercise, like running, your body releases endorphins, or feel-good hormones, in response to the stress, which then gives you a positive mental boost. When stuck in a state of depression, these happy hormones can be a welcome lift. Find it hard to motivate to exercise? The good news is that endorphins are released with light activities that don’t include exhausting yourself.
“If endorphins were solely responsible for the mood-boosting benefits of exercise, then all exercise would have to be stressful, and that’s not the case. Research shows that even light to moderate activities have uplifting qualities,” said Jack Raglin, Ph.D., a psychologist and professor in the School of Health, Physical Education and Recreation at Indiana University, Bloomington. This is partly because as you exercise, you also release feel-good chemicals (neurotransmitters such as serotonin, dopamine and norepinephrine) in your brain.
Need a plan? Here’s how to become all-smiles during, and after, your next workout session: 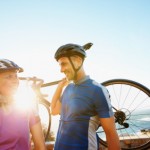 Get Outside
“Research shows that if you perform the same workout, at the same intensity, indoors and out, your perceived rate of exertion will be lower outside,” said Raglin. In other words, your workout feels easier, which makes you happy. Plus, no matter how long you exercise or what activity you choose to do out there — gardening, hiking, you name it—you’ll receive mood-boosting benefits, according to a 2010 study out of the University of Essex. 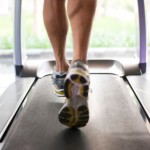 Push Play
Motivating yourself to get out there is often the hardest part, especially if you’re depressed. “You don’t have to run a marathon, or even a mile. If you go on the treadmill for 10 minutes, that’s enough,” said psychologist David Coppel, Ph.D., a professor at the University of Washington in Seattle. “There’s something about making a change from being inactive in the world to being active that has a positive psychological effect.” 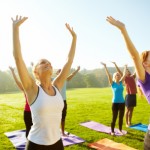 Strike a Pose
A study out of UCLA found that mildly depressed young adults who performed two, 1-hour Iyengar yoga classes each week for five weeks were significantly less negative, depressed, anxious and fatigued than those who didn’t. 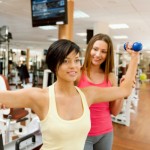 Circuit Train With Weights
“Mood-boosting benefits seem to be more consistent with aerobic, rather than anaerobic, activities,” said Raglin. So if you’re going to do an anaerobic activity, like strength training, your best bet for keeping the happiness factor in check is to build some cardio into your routine. Perform your workout as a circuit, doing one exercise and then immediately moving on to the next, so your heart rate stays elevated throughout. 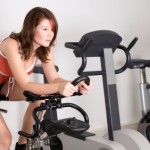 Opt for Cardio
Researchers at the University of Vermont found that performing moderate aerobic exercise, such as riding a stationary bike, for as little as 20 minutes could keep your spirits lifted for as many as 12 hours. That said, researchers at Dalhousie University in Halifax, Nova Scotia, revealed that people who walked 30 minutes a day for eight weeks experienced greater reductions in tension and anxiety and greater improvements in mood and energy than those who did a 10-minute walk, three times a day for the same amount of time. 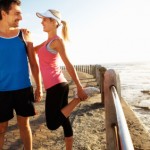 Buddy-up
Not only are people who partner up for exercise more likely to stick with the program, but they’re also more inclined to reap all of the mood-boosting rewards that come with being social, making friends and being active, said Raglin. Your best bet is to pick something you enjoy doing every week. 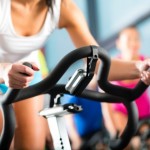 Be Consistent
A single, 20-minute treadmill session creates about twice the positive effect on mood for regular exercisers as it does for non-exercisers, according to researchers at the Sacramento VA Medical Center in Mather, Calif. So, the more consistently you exercise, the happier you’ll be. 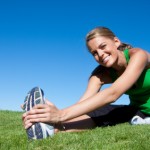 Cool Down
“When you exercise at a high intensity, you still experience a boost in mood, but it might be delayed, because your body is stressed from the exercise and needs some time to come off of the stress,” said Raglin. “However, if you need an immediate pick-me-up (headed back to the office, for example), tack on a 10-minute cool-down, and you’ll feel better soon.”