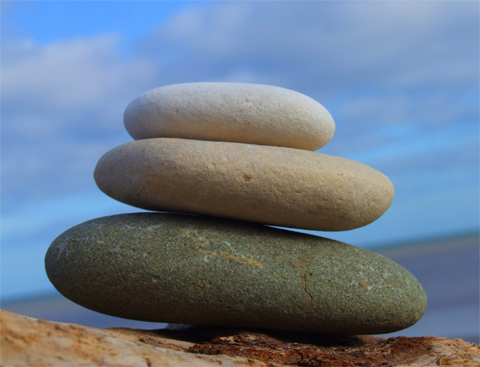 I went to room 13 to check on the patient I had just received report on… the ER was CRAZY but for some reason I felt the need to check on him first. Late teens, sick for 3 weeks with diarrhea, waiting on a stool sample (all other labs were back and relatively normal), loss of 20 pounds… I found him asleep on his left side with his left arm outstretched to expose the 18 gauge needle in the anticube with IV tubing attached to NS running at 400/hr (second liter). He was a handsome boy but pale and thin with dark hair all messed up, skin was dry and monitor showed a normal sinus with a rate of 96. His oxygen sat was normal at 99, blood pressure also normal at 120/76. The room was empty except for him of course and a purse…pink with brown trim (I’m assuming not his).

History was that he had been experiencing diarrhea several times (5-8) a day for 3 weeks, no fever and no vomiting. Pt. does however have pain in his lower abdominal region that is intermittent but ranges from a 7-8/10 on the pain scale. Pt. had a prior bout of this diarrhea last year around this time. No other medical history…otherwise healthy. Pt. comes from an intact home of original parents and he is the oldest.

I went into the room and tidied up. His mother arrived and I introduced myself. She told me that she was concerned her son was dehydrated. I reassured her that his vital signs were now normal (he was tachy upon arrival at 126) and that his orthostatic vitals revealed he was a bit dehydrated to start but that this liter of saline hanging was the second one and we would assess those vitals again shortly to show her his improvement. I told her I would be back and left to check on my other patients. She thanked me and sat down next to him.

After I finished my rounds I returned to room 13 to check on my boy. He was awake and in fact had just returned from the bathroom where he had left me a stool sample. “Oh joy,” I remarked with a laugh and went to collect the sample… I’ll save you the details but I will say it was very foul smelling and it left me suspicious of C-diff. I brought the sample to the lab and returned to the room.

My boy needed something for nausea and pain so I checked with the Doc in charge and then medicated him with Zofran and morphine. As I sat on the stool to the right of his bed and slowly administered his meds, I began to ask the questions that nagged at my brain. “Tell me about the day this diarrhea started…”

After several minutes of talking I found out that this young man was under tremendous stress at home and school…he was the oldest of 3 and his dad was out of work…his mother tells me that he is “OCD” about stuff and “worries about everything” to which he agrees with her. He tells me that he lies awake at night worrying about the family with money…that he is afraid of not measuring up at school and in sports…about how his dad is angry all the time now that he isn’t working and how he fears that they will lose their house…I also find out that for several months he has been taking Advil, 600mg twice a day for headaches… I bring this info to the Doc. (The Doc addresses this with them in the seriousness of such a dose so often and how it may contribute to his issue and instructions are given to not take any more for now).

After his second IV has finished I cap the INT off and sit down. I tell my patient that his labs are normal and we want him to come back for a follow up in 2 days if he is no better. His mom begins to cry… “So what is wrong with him?” she asks.

As I looked into the eyes of this mom and then her son I saw fear…We talked for the next 15 minutes about the stress going on in the home and how her son was internalizing it…and now the compounded fear that her son has about having to start school and play golf with the added pressure of having diarrhea multiple times per day. He then began to get teary. He told me that he just felt sick all the time lately and his stomach was in knots when he thought about the family and school issues… I told them that of course stress is very real and it can turn into illness in the body because we are made up of mind/body and spirit not just body…but that they of course needed to come back for a follow up if he was no better in a couple of days…

I remembered what helps me to get problems off my mind…writing…I offered some advice—“carry a small notebook around and leave it on your bed at night—write all your worries and concerns in it as they float into your mind…when your mind relaxes close the notebook…do this as often as you need to and if you are a Christian you then can ask God to take that notebook full of fears from you and carry the load himself.” My boy…the patient and his mother both thank me through tears. “We are Christians and that advice is well received I can assure you” she said and “I’m going to do the same thing myself.”

I prayed for them several times that night and again the next day as I felt so heavy-hearted for them both. Another day with another patient I just knew was in my path for a reason.