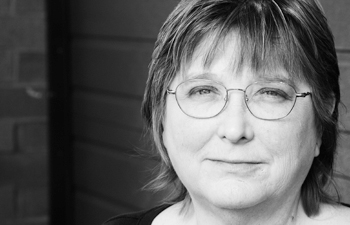 Profits or Patients? Aetna and HCA Answer Without Hesitation

My tweet yesterday said I’d write about the three pieces of mail I received from my insurance company, Aetna, this week. All three confirmed it. In their eyes and in every manner of decision they make, I am either a medical loss if a claim must be paid or I am a profit if they can deny me.

My first piece of mail from Aetna was the first round of denials of the medication my doctor ordered to help reduce my gut pain as diagnostic effort and other care continues. That instantly made me upset which also makes me feel worse.

But it was second piece of mail from Aetna that gnaws at me more. The letter informed me that my employer would be getting a rebate check since Aetna failed to meet the amounts they needed to in approved/paid claims. The letter was a bit celebratory in that it told me that my employer could choose to use the funds for other employee health costs, but I wasn’t celebrating. It would have made me happy and healthier to have my medication. While I am sure many employers were pleased to get their insurance rebate checks, I also suspect few will actually use those funds to better the health of their employees in any significant way.

My gut doesn’t feel good. So I appealed, in writing, the decision on my meds. I sent mine on the website on a form and then followed up with a call to make sure they saw it. First they said they didn’t and then another person said they did. That brings me to the third piece of mail from Aetna – the acknowledgement that they have received my appeal. Now they have 30 days to work up the next denial for me or to decide to cover the medication. I’m not holding my breath.

To make matters worse, I then get emails from several political campaigns asking me how happy I am about the changes to the system that forced Aetna to send rebates to my employer. Talk about salt in an already painful wound.

Also, just yesterday, I read this in an e-alert from the New Your Times:

“HCA, the largest for-profit hospital chain in the country, is confronting evidence of unnecessary cardiac treatments at some of its medical centers in Florida after a nurse’s complaint prompted an internal investigation.

“The inquiry found that the complaint was far from the only evidence that unnecessary — even dangerous — procedures were taking place at some HCA hospitals, driving up costs and increasing profits.”

Get it? “Unnecessary cardiac work.” What a nice way of putting it when the patients had invasive, painful procedures, or had their chests cracked open for profit. Ugly business, and anything for a buck.

So, what’s up with all this fellow patients? It’s a pretty screwed up system, eh? The for-profit providers want to test and treat, and the for-profit insurance companies want to deny those tests and that treatment. Who’s lying? The answer is not clear as not every decision is without medical merit or even some coincidental evidence that it might have been done in our best interests. But who’s to know?

And across the table from me sits my husband who has had many heart and artery issues and procedures over time. Can we ever know for certain all of that was appropriate and necessary? No. What we can know for certain is that big profits were made and that unless a significant number of Americans get sick enough of this system to demand an improved and expanded Medicare for all for life system, the mail and the news will continue to bring messages that simply reinforce the sickness that is entrenched and strengthening within our healthcare system in America.