In My Day… Grandma Used Almonds for Everything 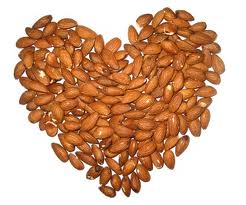 You know, my grandma didn’t believe in drugs. She believed in nuts. She used almonds for everything. She would slip them into everything she fed us just to be sure they did their job. We found them in salads, desserts, candy, and even our underwear. She said they got rid of warts.

I grew up during the depression. And, we spent the little money we had on food, not beauty products. When we saw a wrinkle in the mirror, we just gave up hope. But not my grandma. She made a paste of milk, almonds and rosebuds and smeared it on her face every night. She looked looked like the ghost of the apocalypse but she smelled like Almond Roca. And my grandpa loved sweets.

She had 18 children, not counting the 4 miscarriages and she wasn’t even Catholic. She wasn’t very careful either.

When grandpa lost his hair, she made a paste of gooseberry juice and almond oil. It made his scalp soft as a baby’s bottom. I think that’s why he wore a diaper on his head. He said it was to protect him from a chill. I guess you had to be there.

My aunt Hazel had teenage anemia and my grandma fed her almonds to build her up. It must have worked because she went from a 32A to a 36D in one summer and eloped with Uncle Jack in the fall.

Every night, grandma mixed almond oil with milk and made us drink it before we went to bed. She said it kept things moving. I thought that was why she and Grandpa changed neighborhoods so much but Mama said it was because of the bill collectors.

If we coughed, Grandma mixed a bubbly drink with powdered almonds and orange juice. Nowadays we use decongestants and antihistimines, but they’re not as much fun. If you drank enough of Grandma’s mimosas your cough vanished and so did your ability to stand up.

We always thought Grandma’s remedies cured a multitude of sins. But, I think they encouraged them. What else explains those 18 kids?