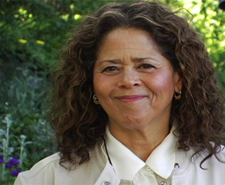 Dancing in the Streets. Tell Us Where it Hurts. Play it Again, Sam.

There was “dancing in the streets” in Chicago at the National Nurses United Staff Nurse Assembly. O.K. So we looked a little silly in our Robin Hood hats. But 3,000 nurses and 2,000 of their closest friends got some attention for the Heal America Campaign .

And…whatever your political persuasion, we invite you to just check out an idea that might not be so crazy. Visit robinhoodtax.org.

And one of the highlights in Chicago…Anna Deavere Smith’s Tell Us Where It Hurts performance.

“Tell Us is one of the most relevant current theatrical pieces and will hopefully be taken on the road across the country…Revealed in the dialog of the show is the courage of nurses in face of a system which places barriers on their ability to heal.”
–Kevin O’Donnell
Member of the American Theater Critics Association; New York Times Company Foundation-sponsored critic fellow

Read the whole review. This show is a must-see for all nurses.

While we were away in the beautiful city of Chicago… We asked those left behind to pick a great “rerun” and so…we are playing it again, Sam. We present…RN Greg Montes on mental health services cuts and Hal Isen on making your life a work of art.

Greg Montes has been an RN at the Contra Costa County (Northern California) jail for the past five years. He cites an alarming trend. With more and more cuts in mental health services throughout the country—millions of Americans are going untreated. It is commonplace for the severely ill who suffer from conditions such as schizophrenia and bipolar disorder to enter the criminal justice system rather than mental health treatment facilities. In fact the number of Americans who receive mental health care in prisons and county jails has surpassed the number of those who receive services in hospitals or clinics. Despite these numbers, government leaders and the mental health systems are doing little to reverse this shameful trend.

And later we have a big treat in store for our listeners. Experience life as an ongoing, creative, unfolding “work of art. For over 40 years, Hal Isen has been providing programs, courses and life coaching for individuals, groups and organizations in the areas of personal transformation. Hal’s Core Wisdom® programs provide fundamental spiritual principles and practices that allow for the release of past limiting conditioning, fears, behaviors, and beliefs, and the discovery and recovery of one’s ability to respond naturally and creatively to each moment from one’s true nature.  Listen and we promise you will get some great insight. Ever thought of what “expectations” might be taking away from being present to the moment? Check it out. Hal Isen and Core Wisdom at www.corewisdom.com.

Next week., the Baby Whisperer, RN Marsha Podd is in the house.

You can listen and laugh every week on Saturdays at 11 am in the Boston area on station WWZN 1510AM or live stream at www.revolutionboston.com and in the San Francisco Bay area on KNEW 960AM or live stream at www.960knew.com. Check out the iHeartRadio app for free and live custom radio. You can also download and listen to any show anytime here at NurseTalkSite.com or on iTunes. Like us on Facebook, and you can listen there too.