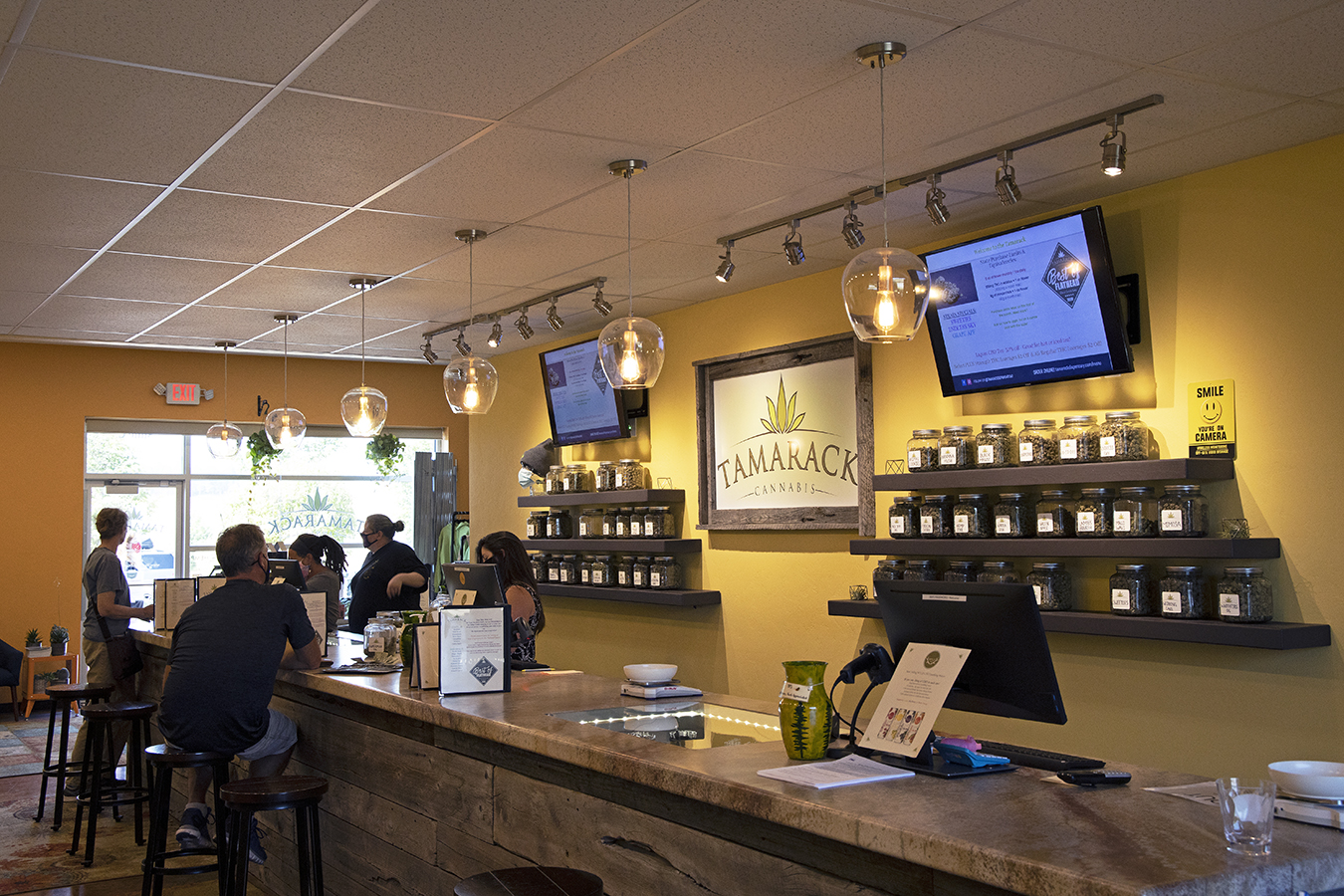 Altered Mindsets: Marijuana Is Making Its Mark on Ballots in Red States

When Tamarack Dispensary opened in the northwestern Montana city of Kalispell in 2009, medical marijuana was legal but still operating on the fringes of the conservative community.

Times have changed. Owner Erin Bolster no longer receives surprised or puzzled looks when she tells people what she does. Now, her business sponsors community events and was recently nominated as a top marijuana provider by a local newspaper.

“We’ve become a normal part of the community, and it feels good that the community has finally accepted us,” Bolster said.

How far that acceptance goes will be tested when voters in Montana and a handful of other states this fall decide whether to legalize recreational or medical marijuana. Five of the six states with ballot questions lean conservative and are largely rural, and the results may signal how far America’s heartland has come toward accepting the use of a substance that federal law still considers an illegal and dangerous drug.

Since Colorado first allowed recreational use of marijuana in 2014, 10 other states have done the same. Most are coastal, left-leaning states, with exceptions like Nevada, Alaska and Maine. An additional 21 states allow medical marijuana, which must be prescribed by a physician.

This year, marijuana advocates are using the November elections to bypass Republican-led legislatures that have opposed legalization efforts, taking the question straight to voters.

Advocates point to a high number of petition signatures and their own internal polling as indicators that the odds of at least some of the measures passing are good.

One unknown is what role the pandemic will play in the marijuana measures’ fate. Demand for marijuana appears to be rising with people feeling stressed and isolated by COVID-19 lockdown measures, according to a United Nations report on the implications of COVID policies on drug manufacturing, distribution and use. That increased use could work in advocates’ favor.

Mississippi and Nebraska voters will decide on medical marijuana measures.

South Dakota will be the first state to vote on legalizing both recreational and medical marijuana in the same election.

“This is how all these states have gotten recreational marijuana. They start with medical,” said Ed Langton, a member of the Mississippi Board of Health, who opposes his state’s legalization efforts.

If all or most of the ballot questions pass, that will leave only a handful of states that have not legalized marijuana in some way, potentially putting pressure on federal lawmakers to change national policy. For now, growers and sellers can’t use banks or credit cards or export their products.

The Marijuana Policy Project is helping to coordinate the Montana legalization effort. Its deputy director, Matthew Schweich, said the organization does so only when polling suggests at least half of voters would support the measure.

“It’s becoming normalized for people,” Schweich said. “People know that other states are legalizing it and the sky has not fallen.”

An effort to legalize marijuana in rural, conservative states would have been an uphill battle even a few years ago. But several factors have worked toward changing attitudes there, Schweich said.

They include a gradually increasing acceptance in red states of neighbors that have legalized recreational pot — and seeing the tax revenue that legal marijuana brings. But perhaps the biggest catalyst toward normalizing pot use is having an established medical marijuana program, Schweich said.

After 15 years, Montana’s medical cannabis program is firmly rooted and has survived several legislative attempts to restrict it or shut it down. According to the Montana Department of Public Health and Human Services, more than 500 marijuana providers were serving 38,385 people as of July, which represents nearly 4% of the state’s population.

A survey conducted by the University of Montana earlier this year found that 54% of respondents thought marijuana should be legalized for recreational use, up from 51% the year before. Six years earlier, a Montana State University-Billings poll found that 60% of residents were against legalization.

Changing attitudes could also stem from states’ changing demographics. An analysis of census data by the Montana Free Press in 2019 found that 53% of Montanans 25 and older were born outside the state.

Among them is Brandon Powers, who moved to Montana from Missouri last year. Powers supports legalization and believes its passage will depend largely on who turns out.

In Mississippi, 20 medical marijuana bills have failed over the years in the Statehouse. This year, 228,000 state residents signed petitions in support of a medical marijuana initiative to allow possession of up to 2.5 ounces of marijuana to treat more than 20 qualifying medical conditions.

In response, lawmakers put a competing measure on the ballot that would restrict marijuana use to terminally ill patients and require them to use only pharmaceutical-grade marijuana products.

Jamie Grantham, spokesperson for Mississippians for Compassionate Care, called the measure an effort by the state to split the vote and derail legalization efforts.

“I’m passionate about this because it’s a plant that God made and it can provide relief for those who are suffering,” said Grantham, who described herself as a conservative Republican. “If this is something that can be used to help relieve someone’s pain, then they should be able to use it.”

But opposition is starting to build. Langton, the Mississippi Board of Health member, is working with Mississippi Horizon, a group fighting legalization. Langton said he opposes the original initiative because he believes it’s “overly broad” and would allow dispensaries within 500 feet of schools and churches. It could also put Mississippi on a path toward legalized recreational use, he said.

He added: “They say that marijuana is a natural plant, but poison ivy is natural, too. Just because something is natural doesn’t mean it is good for you.”

Kaiser Health News (KHN) is a national health policy news service. It is an editorially independent program of the Henry J. Kaiser Family Foundation which is not affiliated with Kaiser Permanente.

This story can be republished for free (details).