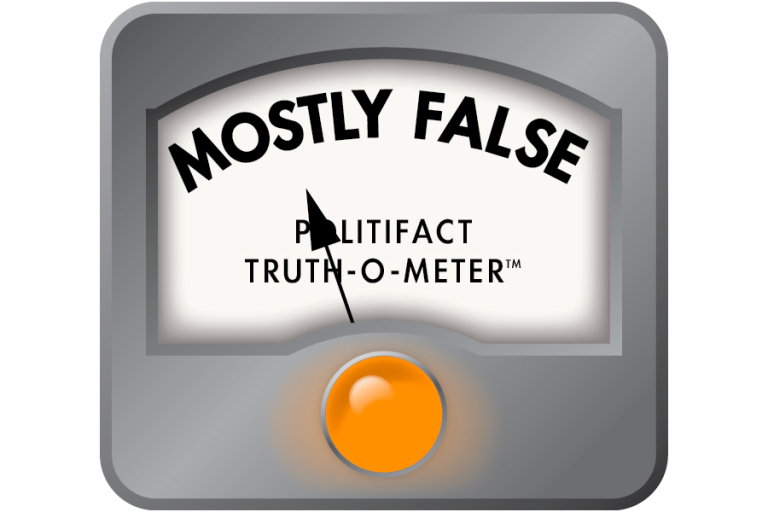 Throughout the 2020 election cycle, candidates’ positions on health care have been particularly important for voters with underlying and often expensive medical needs — in short, those with preexisting conditions.

It’s no surprise, then, that protections for people who have chronic health problems like diabetes and cancer have become a focal point for candidates nationwide — among them, Matt Rosendale, the Republican contender for Montana’s only U.S. House seat.

On Sept. 22, Rosendale’s campaign hit airwaves and online streaming services with an ad featuring a Whitefish resident named Sandee, whose son was diagnosed with a life-threatening disease. Sandee told the story of how Rosendale came to her family’s aid, concluding that “Matt fights for everyone with a preexisting condition.”

As is often the case with health care policy, however, the truth is far from simple. Rosendale and many other Republican congressional candidates face the challenge of convincing voters they support these safeguards even as they oppose the Affordable Care Act, which codifies those safeguards.

We decided to investigate.

Rosendale is up against Democrat Kathleen Williams for the congressional seat now occupied by Republican Rep. Greg Gianforte, who has entered the state’s gubernatorial race. The open seat has been controlled by the GOP for the past 12 terms, but this year’s race is expected to be close. Williams, who also ran for the seat in 2018, has made health care her top campaign issue.

We contacted the Rosendale campaign to find out the basis for his ad’s claim. Campaign spokesperson Shelby DeMars listed a range of health policies backed by the candidate that would help people with preexisting conditions directly or indirectly by holding down health care costs. She specifically pointed to Rosendale’s work on the state’s reinsurance program as Montana’s state auditor and insurance commissioner, a post he was elected to in 2016.

In a nutshell, Montana’s reinsurance program is designed to help insurers cover costly medical claims with a mix of federal pass-through dollars and funding generated by a premium tax on all major medical policies in the state. Gov. Steve Bullock announced the formation of a bipartisan group tasked with developing reinsurance program legislation in fall 2018, and the state’s legislature approved the plan in 2019, allowing Rosendale to apply for and receive the necessary waiver under the Affordable Care Act.

Subsequent news accounts indicated the idea worked. In-state insurers credited the program with lowering premiums by 8% to 14% for 2020. As Montana Health Co-op CEO Richard Miltenberger told MTN News shortly after the 2019 legislative session, “It allows the insurance companies to have rate stabilization for those really big claims, the ones that are the earthquakes in health insurance.” He went on to say that this stability “brings the cost down for the consumer.” More to the point, the American Medical Association has also stated that reinsurance not only serves to subsidize high-cost patients but “protects patients with pre-existing conditions.”

But there’s a rub.

The reinsurance program that Rosendale touts wouldn’t exist without a state innovation waiver created by the ACA, which Rosendale says he’ll work to repeal. That effort will doubtless continue to fuel pitched battles in Congress, and how the U.S. Supreme Court may rule on a pending ACA challenge remains a point of speculation. One thing is clear, though: If the entire ACA is thrown out, the reinsurance program goes with it, along with Montana’s Medicaid expansion and the ban on insurers excluding people with health problems from affordable coverage.

When asked about the resulting elimination of the reinsurance program, DeMars emphasized that Rosendale’s work as auditor has created a system that will ensure protections for preexisting conditions “regardless of what happens to the ACA.” She did not elaborate or explain what protections would remain if the ACA were repealed.

In defending his stance on preexisting conditions, Rosendale continues to be haunted by another health care policy specter from his political past. During his unsuccessful challenge against Democratic U.S. Sen. Jon Tester in 2018, Rosendale faced criticism for promoting short-term, limited-duration health insurance plans. Unlike plans offered on the individual marketplace, these short-term plans are exempt from the ACA’s ban on excluding people with preexisting conditions. And, under a 2018 regulatory change pushed by the Trump administration, the length of these short-term plans has been extended from three months to 12, with the potential to renew for up to three years.

As state auditor, Rosendale included those plans in his March 2020 roundup of year-round options for immediate coverage. They often exclude coverage for a variety of higher-cost benefits. In Montana, for example, a review by KFF found that of four short-term plans available in Billings in 2018, none offered coverage for maternity care, mental health, substance abuse or prescription drug services. (KHN is an editorially independent program of KFF.)

Historically, short-term plans were designed to help individuals fill gaps in health coverage. According to Dania Palanker, an assistant research professor at Georgetown University’s Center on Health Insurance Reforms, the role short-term plans play on today’s health insurance landscape is to attract younger, healthier individuals seeking low-cost options to cover catastrophic events. That splits insurers into two pools — those who are less likely to incur medical expenses, and those who are more likely to incur them. Costs on the individual market go up as a result, leaving people with preexisting conditions no other option than to pay higher premiums. Short-term plans are, Palanker said, “actively hurting people with preexisting conditions.”

“Promoting short-term plans and stumping on supporting protections for preexisting conditions are mutually exclusive,” she continued.

A campaign ad says Rosendale “fights for everyone with a preexisting condition.” While it is true that health insurance premiums have dropped during Rosendale’s tenure as state auditor, the choice to establish Montana’s reinsurance program ultimately fell to decision-makers in the state’s legislature and the governor’s office. Since his ad’s claim simply states that he “fights” for people with preexisting conditions, his testimony in support of that program and role in securing the state waiver do seem to fit the bill.

In the long-term, however, Rosendale’s positions begin to run counter to the claim. His support for short-term, limited-duration plans poses a considerable threat to keeping health insurance affordable for all, and absent a solid plan from Congress to ensure that state reinsurance programs survive, his stated goal of repealing the ACA would actually serve to unravel the very protection he’s built his case on.

We rate this statement as Mostly False.