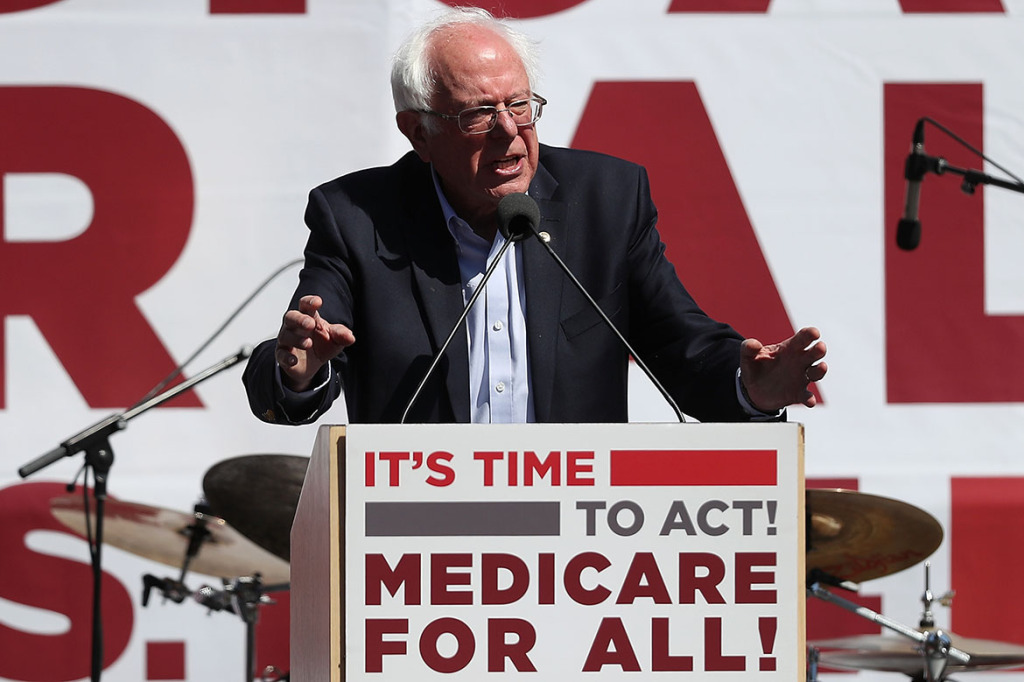 TORONTO — Sen. Bernie Sanders (I-Vt.) wasn’t scheduled to come onstage to talk health care until after 11 a.m. But college students started lining up as early as 5 a.m. — the Sunday morning of Halloween weekend, no less — in the hopes of scoring what appeared to be the weekend’s hot ticket.

In Washington, D.C., Sanders is often portrayed as a radical, a politician on the fringe. The popularity of his 2017 campaign for the Democratic presidential nomination caught party insiders off-guard and much of the political establishment views his signature single-payer health plan as unworkable or impractical.

“He’s a bit of a folk hero up here,” said Dr. James Sugiyama, a Toronto-based family physician, who, after failing to procure a ticket to Sunday’s lecture, watched the event with friends on a web-based livestream at a restaurant down the street. “We’re staunch supporters and believers that what Bernie is talking about is the right thing to do.”

Canada’s universal health care system, which dates to 1968, is beloved by much of its citizenry — it’s a point of pride, many locals say.

Sanders’ speech capped off a weekend trip to Toronto, which included hospital visits and roundtables, and which his office framed as an educational tour of the Canadian health care system — an example of the single-payer approach that Sanders often cites in speeches on his home turf. The lecture was the one public component of the trip, which also grabbed headlines from the Canadian Broadcasting Corp. and other local outlets.

Tickets were snapped up well in advance, though the 5 a.m. college students eventually made it off the waitlist. Organizers estimated about 1,700 tickets were available, which sold out in about 30 seconds, according to Sanders’ office.

The lecture took on the tenor of a practiced American rally — albeit, one where the crowd was warmed up by a string quartet — featuring Sanders’ familiar talking points, repurposed for a new audience.

James Sugiyama, a Toronto-based doctor, watched Sanders’ speech on a livestream from a restaurant down the street. The Vermont senator is viewed as a “folk hero” by many Canadians, he said. (Shefali Luthra/KHN)

Sanders’ comments went well beyond universal health insurance, touching on the importance of a $15 minimum wage and combating climate change. And there were the standard critiques of Obamacare repeal efforts in Washington, of income inequality and of the influence of so-called special interests.

The audience — which included left-leaning doctors, politicians and college students — was there to experience the Sanders’ magic, to “feel the Bern” firsthand. They snapped photos and burst frequently into claps, cheers and whistles, even for policies that more obviously affected their American neighbors to the south. They gave more than one standing ovation.

“Our mission is to have the courage to ask the questions … to take on the incredible special interests who have so much power in my country, your country and all over the world,” he said.