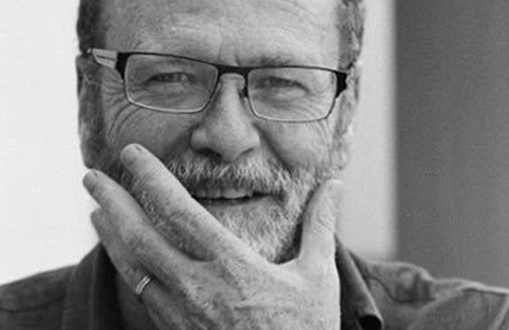 As California Celebrates 15 Years of Mandated RN-to-Patient Ratios: Everyone Wins — Watch for Federal Legislation This Year

The legislation has now been in effect since January 2004 despite continued efforts from the hospital industry to overturn the law. Safe RN-to-patient ratios have been proven to improve the quality of care and nurse recruitment and retention in California hospitals.

According to the Philadelphia Inquirer, “Ten to 13 percent fewer surgical patients in New Jersey and Pennsylvania would die if hospitals in those states had as many nurses as California law requires, according to a University of Pennsylvania study published Tuesday.

The study of 1.1 million patients in 2005 and 2006 found that the nurse-to-patient ratios mandated in California could have saved the lives of 468 patients in New Jersey and Pennsylvania over a two-year period.

Linda Aiken, who led the study and directs the Center for Health Outcomes and Policy Research at Penn, said improved nurse staffing likely could save “many thousands a year” nationally.”

Because of the ratios, nurses are able to give the care that patients need. What we do at work, we think about in our hearts all the time.

Following California’s lead, nurse-to-patient safe staffing ratios legislation has been introduced in states across the country with many varied positive aspects including lower patient mortality. Unashamedly they are also a positive influence for registered nurses, with fewer needle sticks, back injuries, and risk of workplace violence. 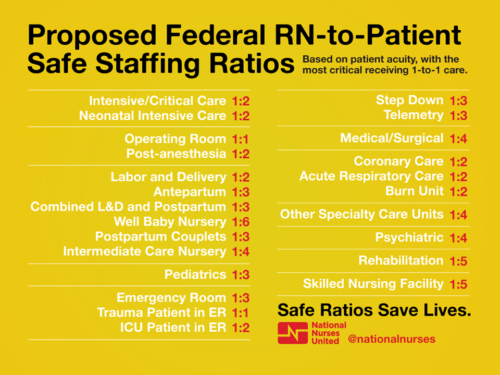 National Nurses United is re-introducing federal legislation with new congress in 2019. RN Brogan said, “We’d like (ratios) to be in place for every patient across this country, and for every nurse.” But it’s not just nurses who benefit from this. Nurses aides and other staff, obviously gain benefits” as well.

“Nurses will have time to do what a nurse should be doing, and that is be your advocate at the bedside, not just in terms of looking after your physical ailments but psychological support for both you and your family. Nurses consistently report in California that they have time to do these things which is an essential, integral part of the healing process.”

You can listen to the podcast here: