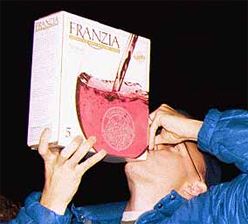 The cat’s away so Maggie and Casey play. Dan is off on vacation this week so Maggie stepped in to sleep in the chair. It’s been a while since she was in the studio and the producer forgot to give her a tumbler of box wine before she put on her headset. Sorry Maggie.

Good show this week—RN Judy Brown calls in to play “Wheel of Misfortune” with us. Of course that is the game where you spin the wheel and land on one of the country’s ten worst governors. Right now Arizona governor Jan Brewer is ahead by one spin! Judy lives and works in Bangor, Maine and has been a nurse at the Eastern Maine Medical Center since 1982. She has been on the board of the Maine State Nurses Association for 15 years. Judy will give us a “state of healthcare” update for her state and talk about her governor’s proposed legislation and how it will impact patient care.

And later Casey and Maggie talk with our friend from Hawaii, Advanced Practice RN Hob Osterland. Hob talks with us about the new video Humor Rumor that she created to promote a recent study she conducted at Queens Medical Center in Honolulu. The study called COMIC (comedy in chemotherapy) was a randomized controlled trial that examined the impact of comedy on symptoms of cancer and chemotherapy. While cancer is no laughing matter…the study was. Listen to find out the results. And check out Hob’s video the Humor Rumor.

And coming up in June—Nurse Talk travels to our nation’s capitol to join over 1000 nurses as they come together at the National Nurses United staff assembly. We’ll interview all kinds of interesting people; politicians, nurses from around the world, mini mart clerks and more.