Alzheimer's In The First Person 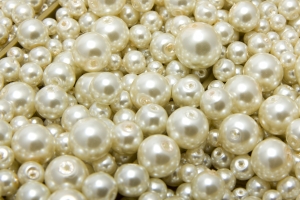 Today I met a little boy who his doctors have diagnosed with autism. My sitter called and said that her daycare could not take him today so Missy told her to bring him with her. He sat with me and we looked out the window, we watched some TV, but not really.

I tried to hug him but he yelled. I tried to hold his hand but he pulled away. We finally connected making my jewelry. He separated all my colors for me. He strung pearls, and he straightened out all my threads in matching colors. He never looked at me in the eye, just past me…but I talked all day to him. He never answered, but he knew what I was saying. I talked about my grandchildren, my daughter, I sang, and even told him a secret. A secret I told him no one else knows but him.

When he left, he patted the top of my hand—his version, I think, of holding my hand. And he brushed up against me. I want to think of it as a hug. I gave him the pearls he strung and he gave them to his mom…he put them around her neck and I saw he was proud.

Yes, we didn’t talk, but I know I made a new friend. I told him when he left, to come back, and I hope he does. I wonder if tonight he is thinking about that silly old woman who talked all day, and sang. His mother told Missy that she never had seem him so calm and connect with anyone so quick. Missy told her she could bring him anytime she came. I hope she does, I have more jewelry to make, more stories to tell, and songs to sing, and maybe he will tell me his secret one day.

Yes, I had a good good day, I made a new friend, Troy.