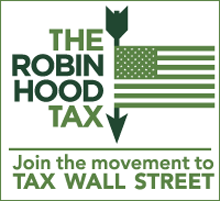 This week we have two very honorable guests to share with you. We promised them we would not tarnish their stellar reputations so they agreed. First, Ken Zinn the D.C. based Political Director for National Nurses United then retired army nurse captain, Vietnam war veteran and founder of the Women’s Vietnam Memorial, Diane Carlson Evans.

Ken talks with us about the recent announcement from the European Nations that 11 countries have signed on to a “financial transaction”tax, aka the Robin Hood Tax. The tax will raise billions of dollars by taxing financial transactions .50 per $100. Nurses in the U.S. have been on the leading edge of this concept and are making some headway here at home. Keep an open mind. If you listen to the simple details you might agree this is a very fair and doable measure.

AND…Diane Carlson Evans who served as an army nurse in Vietnam is with us to talk about the recent announcement by the pentagon that women can now serve in combat roles in the military. Diane shares her story and tells us that women have been serving in combat since World War 2, mostly as nurses. BUT because it was not “official” combat the women were not given weapons though were oftentimes still caught in the front lines of battle. This is an amazing story about the mostly unrecognized heroines of U.S. Wars.