FDA Steps Up Focus on Monitoring Drugs after Approval 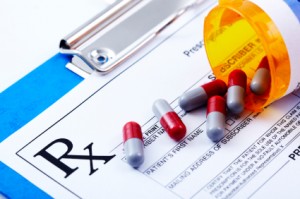 The FDA has reported that it will now be putting just as much effort into the monitoring of drugs after they have been approved as they do during the pre-approval process. A report labeled “Advances in the FDA’s Safety Program for Marketed Drugs” goes on to describe a range of new scientific tools that will be used to ensure that aftermarket drug monitoring would be just as important as the premarketing monitoring.

Various Changes Have Been Implemented

The amount of drug safety information and notices issued during 2011 (68) was almost double that which were issued during 2010 (39). Starting in 2008, the FDA required manufacturers to use a range of Risk Evaluation and Mitigation Strategies (REMS) to ensure that the benefits of any prescribed drug outweigh any risks that it may pose to users. The year 2008 also saw the FDA requiring companies to do numerous post-market studies and change labels based on new safety information.

A report issued in 2006 by the Institute of Medicine concluded that the FDA needed to do more in order to monitor the safety and effectiveness of medications after they had reached the market. Congress then got involved and gave the FDA permission to request that a company either conduct additional safety trials or change safety labeling on medication as required. The FDA was also granted permission to fine the pharmaceutical companies if they failed to comply with these requests. This ensures that products will be more stringently monitored while being used by thousands of patients worldwide.

Between 2007 and 2012, the CDER’s Office of Surveillance and Epidemiology doubled their staff compliment from 123 to 245. These staff members are comprised of pharmacists, doctors, epidemiologists and other medical professionals who will all be involved in the testing and monitoring processes. New programs have been launched to help ensure that the FDA is able to monitor medications after they have reached the market. These include Safety First, Sentinel and Safe Use, all of which have been designed to track medication safety concerns and analyze the data received. This will assist the FDA in making the decision of whether a change in regulations is needed to protect consumers.

The FDA is Here to Assist

The FDA has introduced a new division at the CDER’s (Center for Drug Evaluation and Research) Office of Biostatistics which, along with rapid advances made in the field of pharmacogenomics (personalized medicines), focuses exclusively on researching the safety and effectiveness of medications which are introduced to the patient market. By doing this, they will be able to see if potential risks exist with any medications or treatments that had previously received FDA approval. This will further ensure patient safety when new medications are introduced to the market.

Although the FDA has stringent testing and monitoring procedures in place regarding the introduction and use of new medications, it is always important for patients to discuss their medical history with their doctor before using any new medication or starting new treatments.

Have you heard about the iTriage Thank a Nurse Contest? Would you like to thank a nurse for the impact he or she has made on your life? Visit the iTriage Facebook page to make a nomination or to vote.

Upload a picture of a nurse you’d like to thank with a story describing why he or she deserves to be recognized. The winning nurse and nominator will both win a $75 Massage Envy gift card and a $100 Scrubs & Beyond gift card for the winning nurse. What’s not to love about that? Go to www.facebook.com/iTriage. 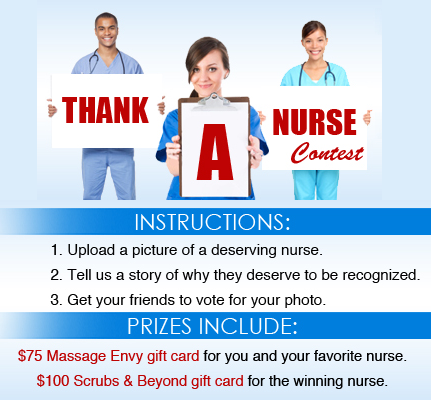