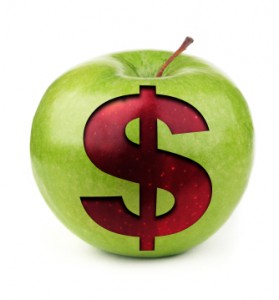 The average American spent over $7,900 a year for health care in 2009, making health care costs in the United States the most expensive of the 34 countries surveyed by the Organization for Economic Cooperation and Development.

The OECD surveyed its 34 members and found that, despite the hefty health care price tag, Americans still lag behind their industrialized peers in life expectancy, infant mortality, and obesity rates. Life expectancy in the United States is 78.2 years, whereas the OECD average is 79.5 years while obesity rates increased dramatically, more than doubling in less than thirty years. And there are 6.5 deaths per 1,000 live births, which is well above the OECD average of 4.4.

In an interview with Public Broadcasting Service, Matthias Rumpf from the OECD sought to explain why American health care costs are above the OECD average. According to Rumpf, Americans may be spending more on health care because:

The price of procedures: “The same set of hospital interventions (including the normal delivery of a baby, a Caesarean section, a hip or knee replacement, etc.) cost 60 percent more in the United States than in other countries.”

Mathias says that improving the primary care system (family physicians and clinics) in the United States could greatly affect how much Americans spend on healthcare. He says “most people with diabetes, asthma or difficulties in breathing should not need to be treated at a hospital.” He cites adherence to clinical guidelines, tight regulations of prices and fees, and wider use of generic drugs as other way to lower costs.

Knowledge is power, and many believe that open data initiatives can also help Americans lower the cost of their health care. In an interview with The Atlantic, writer Alexander Howard points out that “”With health care we’re talking about hundreds of billions, if not trillions, of dollars…We’re seeing people not being able to make informed decisions based upon really good data, for a lot of reasons.” In the same article, iTriage is cited as one of the tools that can help empower consumers. “Tens of thousands of iTriage users have found community health centers since it integrated them into its results,” said Todd Park, Chief Technology Officer for the US Department of Health and Human Services.