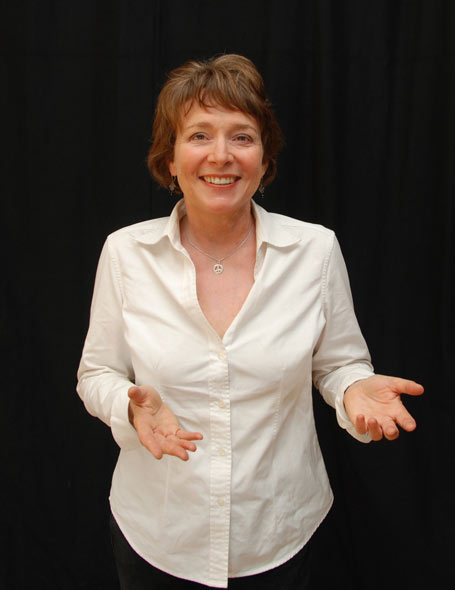 When the ordinary person lands in a hospital bed, he is aware of the staff bustling about giving shots and medications. Most of us take it for granted that someone will appear in the middle of the night when we ring the buzzer by our bed. In the morning, we expect a different nurse to wake us from our drugged slumber, take our vital sings and give us a wash. For the most part these men and women are cheerful, professional and caring. They are anxious to hear our complaints about a restless night, a muscle ache or a twinge in the wrong place and they always do something to help.

But there is a lot more to the nurse’s job, than the care they give us. There is the clean-up, the paper work, the emotional strain, the never-ending pressure of life and death decisions not to mention the lack of any time to ponder on what is happening and what it all means. That is why Alison Whittaker, a nurse who works in the neurology unit at one of San Francisco’s better hospitals decided it was time to let people know just what a day in her life was really like.

Four years ago, she began work on a one woman show that dramatized the unbelievable pressures and unending demands that propel the medical staff in a hospital through each shift. She named her show Vital Signs and when she performed it as part of the Marsh Rising Series at San Francisco’s Marsh Theater June 7th, every nurse in that audience gave her a standing ovation. Her day was theirs and it needed to be pictured without sugar coating.

“This show is important to me because it is my personal story of being a nurse,” she said. “Writing it has been a good creative and emotional outlet for my job. Before I took on this project, I was not a writer, editor, performer, or actress, so I had to learn all these skills as I worked on this piece. I think I was especially lucky to work with director David Ford at the Marsh Theater in San Francisco because he helped me overcome many of my doubts about ever being able to do this. It has been quite a process for me both intellectually and psychologically.”

Her 60 minute narrative is peppered with vignettes of Whittaker’s fellow nurses and her patients, the people she encourages, supports and medicates every day. “The drama of life in the hospital — among, coworkers, patients and family members — spans the full spectrum of emotions from sadness, joy, fear, and anger,” she said. “There is a huge amount of suffering in the hospital. There are patients receiving devastating diagnoses, having surgery, recovering from surgery, enduring painful, uncomfortable treatments, living in an environment where they are not in control. It can be very scary. The stories that the patients tell me about their lives can be devastating.”

But Whittaker transforms the pressures, the disappointments, the tension and the rewards of her every day into a revealing drama portraying all the lives that intertwine in the space of an eight hour shift. “I don’t feel that the story of the nurse has been fully and accurately told by the media,” she said. “I wanted to give my audience an experience of what it is like to be a nurse, with all the socio-economic groups and diversity that we have to deal with in patients as well as staff. Especially in San Francisco, there are so many nationalities and ethnicities that I work with, Filipinos, Chinese, Latina, African Americans, Africans, Arabs, Caucasians, and many more. Truly, the hospital is a microcosm of the world.”

Whittaker sweeps her audience into the roller coaster of emotions she rides each day but she doesn’t paint a stark, thankless picture of overworked human beings never able to finish any task before they must rush to tackle another. Instead, she shows us the rewards these dedicated men and women experience from helping others hold on to the all too often tenuous thread of their lives. She shows her audience that as a human being, she learns something new from every encounter and every procedure she has done. “I think at the end of my show I do come to terms with how I can help patients in the hospital,” she said. “Maybe the most important aspect for me, I discovered, is simply being human, accepting my patients for who they are and helping them through a difficult time.”