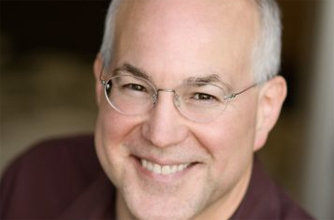 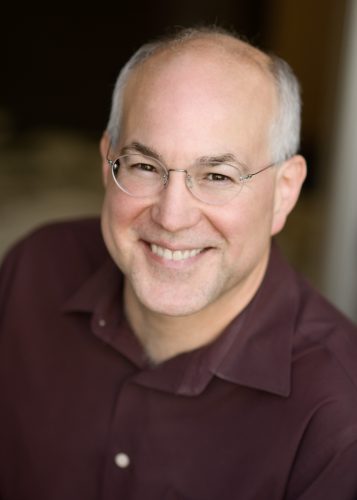 Our good friend Michael Lighty at The Sanders Institute just published an informative piece to cut through the misinterpretation, misunderstanding, erroneous memes and viral vitriol about providing healthcare to all people.

As the healthcare debate goes on, misinformation continues to spiral out of control on social media threads and in the mainstream media.

By now, we’ve all heard the talking points, and it can be incredibly difficult to differentiate the facts from the hype:

“Why should we expand Medicare? Don’t a lot of people have negative experiences with it?”

“Why should I pay for someone else’s healthcare?”

Over the course of recent months, we have received hundreds of questions like these from our subscribers, followers, and other members of our community. These are questions from people who want to learn about the issue and how they can make a difference to move this country forward.

1. How does healthcare in the United States compare to other developed countries?

Simply put, we get less and pay more than other countries. The United States spends over twice the average amount per person on healthcare compared to every major industrialized country, and we consistently rank 11th out of 11 countries in comparative studies conducted bi-annually by the Commonwealth Fund. Here are some quick facts:

2. Prescription medication prices are ridiculous. How did we get here?

According to a report by the Senate Finance committee, prescription drug corporations price their drugs according to the price point they want to establish for the next drug in that class. This means that ever-increasing prices have nothing to do with research and development costs or efficacy of the medication, but rather whatever it’s all about whatever the market will bear – and specifically, whatever the market the drug companies create will enable.

There is no regulation of drug prices, and Medicare is prohibited by law from negotiating lower prices. Ironically, hospitals and insurance companies benefit from higher drug prices because those prices “justify” higher rates, and generate more profit as a percentage of those higher rates.

3. The ACA (Obamacare) was supposed to cover everyone and keep costs down but they are much higher than most people predicted they would be. What happened?

The ACA in the best case was not going to achieve universal coverage. Most optimistically, as many as 20 million people would remain uninsured after full implementation. Three-fifths of the increase in coverage came through the expansion of Medicaid, but 23 states have not expanded Medicaid. (The Supreme Court decision upholding the ACA in June, 2012 allowed states to opt out of the expansion).

As to cost, the primary approach was to require individuals to pay more of their share of healthcare costs (“skin in the game” was the popular phrase) so that as “consumers” we would be more price sensitive. But insurance rates were not regulated, so drug companies and hospitals could charge whatever they wanted.

At the same time, the cost of premiums has been subsidized by the federal government for individuals but not for family coverage. This result has been a focus on keeping premiums low by creating narrow networks of providers and high-deductible plans with significant co-pays as employers shift virtually the entire amount of the cost increases onto their workers.

Since utilization of services accounts for only one-quarter of healthcare cost increases, this approach has not lowered costs. In fact, higher prices account for three-fourths of cost increases.

The other mechanisms the ACA established to control costs such as “medical-loss ratio” requiring insurers to spend 80% of their premiums on care, has not limited insurance rate increases.

The individual mandate for people to buy insurance did not create a younger, healthier, less expensive risk pool for insurance companies. Shifting risk from insurance companies to providers and hospitals through “pay for value, not volume” per capita payment reform, and by creating Accountable Care Organizations (ACO’s), has restricted access to care and created closed, narrow networks, but has not lowered costs.

Healthcare Information Technology, especially Electronic Medical Records, has required large capital expenditures and the latest research shows it has cost more than it has saved.

4. The recent tax bill removed the individual mandate from the ACA (Obamacare). How will that affect healthcare in the U.S.?

For the first time since 2010, the number of uninsured Americans has increased in part due to the mandate’s demise.

However, the impact will be mitigated by how ineffective the mandate has proven to be in controlling costs. It is not the mandate that has motivated people to buy coverage, it is the availability of subsidies for purchasing coverage.

Ironically, if the mandate removal means that fewer healthy people end up buying insurance (or buying it only when they need it), and premiums continue to rise as subsidies go up but those who buy only pay for a smaller share of costs,it will cost more to cover fewer people.

5. It seems like our healthcare system isn’t working well for most Americans. Who actually benefits from the system as it is now?

The top four US health insurance companies made $60 billion in profits between 2009-2015 during the full implementation of the ACA. The health insurance executives take home between $20 million and $66 million per year.

It’s even better for the prescription drug companies, whose profits continue to rise from the $125 billion reached in 2015.

For-profit hospital corporations had achieved record profits until the Trump Administration roll-backs, and in general, hospitals have had higher net income (profits) under the ACA – padding the jobs and pockets of hospital administrators.

Wealthy Americans and the global elite benefit as they can utilize the highly advanced treatments and technologies (often developed with tax dollars) offered in large academic and high-end private medical centers.

In short, the 1% and the healthcare industry are the primary beneficiaries of the present healthcare system– some call it the “medical-industrial complex” – where money is the metric of good medicine.

7. Insurance can feel more like a privilege rather than a right. I pay for it, but I don’t want to have to pay for others too. Why should we expand the system to cover everyone?

8. I’ve heard a lot of horror stories on the media about wait times in countries that have single payer healthcare. Would that be an issue if we implemented it here?

No – Medicare beneficiaries who receive care in the system that we will improve and expand do not have excessive wait times. Most people with commercial insurance wait weeks to see a specialist in the US.

For those who are uninsured or who cannot afford their deductibles have the ultimate wait time: postponed or no care at all.

9. A lot of progressives are talking about a “Medicare for All” system, but not everyone has a good experience on Medicare. If we expanded Medicare to the entire system would we address those issues? And how?

If we listen to the stories of people on Medicare now, we learn that it provides real health security, contains costs much better than other payers, has much lower administrative costs, and enjoys broad public support. Medicare is popular and it works.

Of course, Medicare is not perfect, operating as it does in the system dominated by the commercial insurers, and being privatized itself in Parts B (supplemental coverage), Part C (Medicare Advantage), and the drug benefit under Part D. Those privatized products have created tiers of coverage, and inequitable standards of care and access to providers.

We must improve it by expanding the benefits to include dental and vision and eliminating all the co-pays and deductibles seniors now pay.

10. Covering all Americans sounds like it would cost a lot of money. How would we pay for single payer healthcare?

Improved Medicare for All would:

There are many options available on how to finance a Medicare for All system that will save low and middle-income families a significant portion of their annual income.

The path forward is not through fake news and mistruths. It is created through a dedication to education and civil discourse. This conversation about healthcare is the first step towards a healthier America.