Nurses: We Fight Because We Have To and A Friend of Oprah’s is a Friend of Ours | Rewind Show 311

Coming Up…while the summer grilling continues for Casey and Dan we have a great rewind! Enjoy and share this with your friends, enemies, nannies and anyone else you can think of! And next week all new Nurse Talk shows.

Hunting from a recliner? No, it’s not Sarah Palin but it’s a great story. Tune in as Casey and Dan talk about this and much more.

Joining us is Minnesota RN Jean Ross. Jean is one of three co-presidents for National Nurses United and has been an RN for over 30 years. Checking in about national issues from single payer healthcare to the proposed Medicaid and Social Security cuts, Jean says, “we fight because we have to.”  With over 160k members National Nurses United is a powerful political force on the national political scene.

And later…we host an incredible woman, Dr. Yvonne S. Thornton, author of the best selling book, The Ditchdigger’s Daughters. Dr. Thornton has just finished her second book, Something to Prove, A Daughter’s Legacy to Fulfill a Father’s Legacy. When she was a little girl her father had a dream that all five of his daughters would be doctors. He knew that would not happen if they stayed in the housing projects so he moved the family to a different state and the rest of the story you won’t believe! Oh, how about five doctors in the family? Try four and one nurse. This is a story that you will hear and be clear that anything is possible! Dr. Thornton says, “Don’t let anybody else define who you are.” 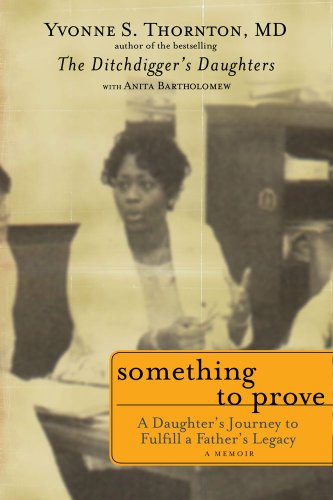